GARFIELD-AF is a pioneering, independent outcomes research initiative led by an international steering committee under the auspices of the Thrombosis Research Institute (TRI), London, United Kingdom

Thromboembolic stroke represents a major challenge and its prevention will be a defining component of population healthcare in the 21st century.

This worldwide observational programme aims to enhance the breadth and depth of understanding of stroke prevention in atrial fibrillation (AF), ultimately informing strategies to improve patient outcomes, safety and utilisation of healthcare resources.

GARFIELD-AF offers a unique opportunity to obtain a comprehensive and contemporary description of the spectrum of patients with AF and their management worldwide as they evolve over time.

GARFIELD-AF is important in bridging the gap between research and clinical practice, serving to increase awareness of the importance of thrombosis and its treatment.

Travel Through Our Timeline

Scroll over the window below to view our timeline

GARFIELD-AF is recruiting patients with newly diagnosed nonvalvular AF and at least one risk factor for stroke.

Patients have been recruited over five sequential cohorts.
Follow-up is over a minimum of 2 years and up to 8 years after diagnosis, to create a comprehensive database of treatment decisions and outcomes in everyday clinical practice. 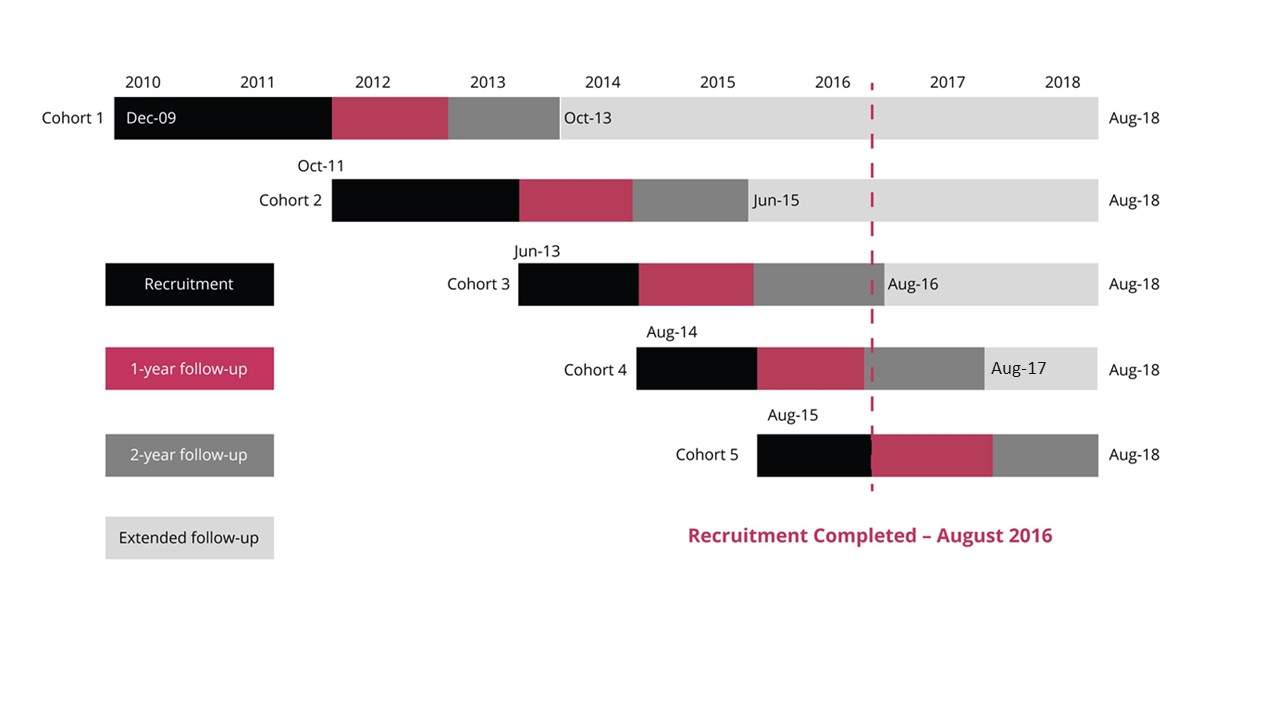 Challenges associated with observational studies and design features of GARFIELD-AF

GARFIELD-AF is governed by the highest academic and ethical standards in the generation, dissemination, and communication of its research findings

Atrial fibrillation (AF) is an irregular heart beat that occurs due to... [read more]